Take your friends, family or colleagues with you on an enigmatic and entertaining treasure hunt at Christiansborg Palace.

“Makes you want to high five Christian the 4th.”

“It’s a great way to spend a meaningful afternoon.”

THE STRUGGLE FOR POWER AT CHRISTIANSBORG PALACE

You will be thrown into the game of power in The Queens Royal Reception Rooms of Christiansborg Palace. You will experience 600 years of power struggle in the empire of Denmark by following hidden leads in the castle’s halls, breaking codes and challenging each other in the game of power.

Mystery Hunt Christiansborg Palace is presented in cooperation with the National Museum of Denmark.

Mystery Hunt Christiansborg Palace can be played in:

* If the completion of the Mystery Hunt surpasses the official closing hours of the castle, there will be an additional cost. Contact us for further information. 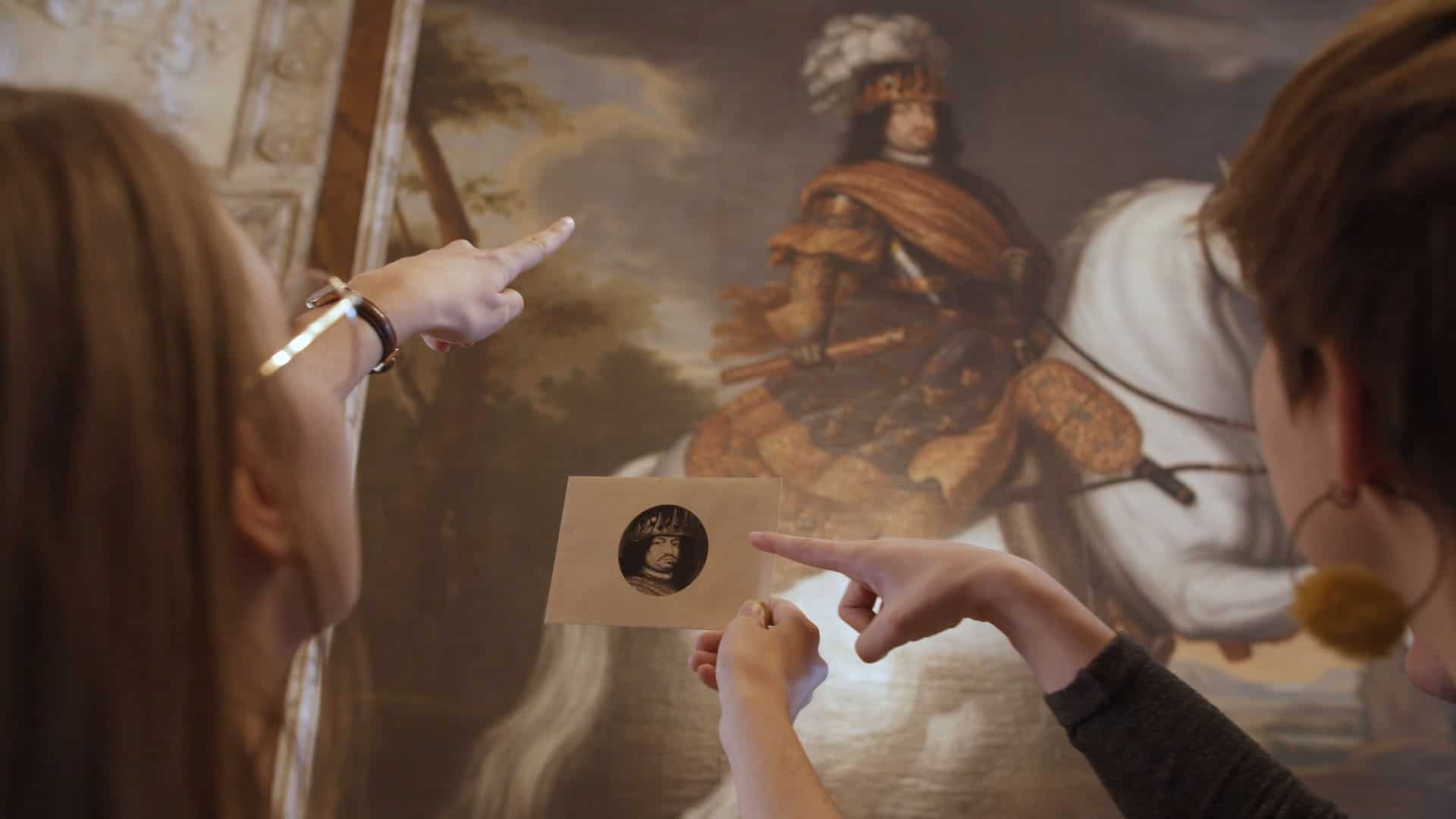 Is the Mystery Hunt suitable for children/families with children?

We recommend that children are at least 12 years old and accompanied by adults if they participate in our Mystery Hunt games.

Is the Mystery Hunt also a corporate event, and what about teambuilding?

Yes, The Secret of Power is very suitable for companies that want an entertaining and different experience! Both the individual employee and your ability to work together will come into play.

What if we are not sure how many people we will be?

If you are in doubt about how many people you will be, feel free to contact us here.